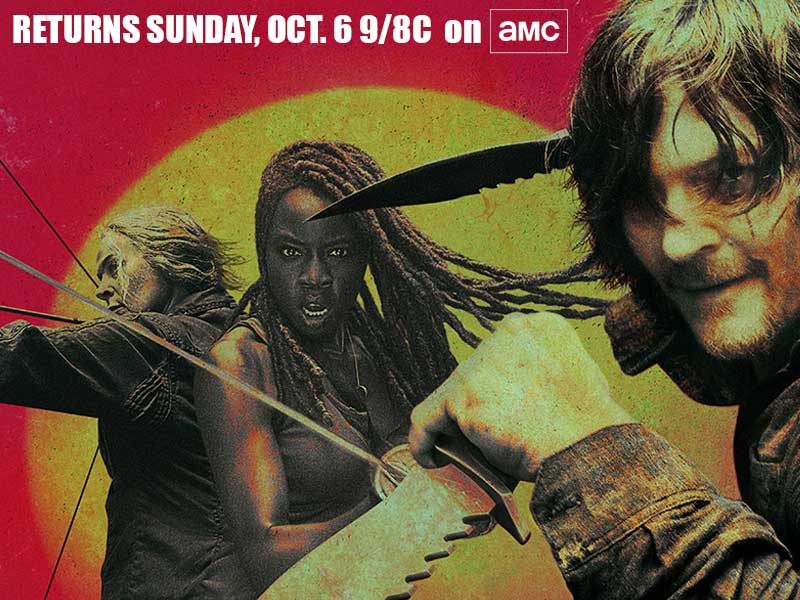 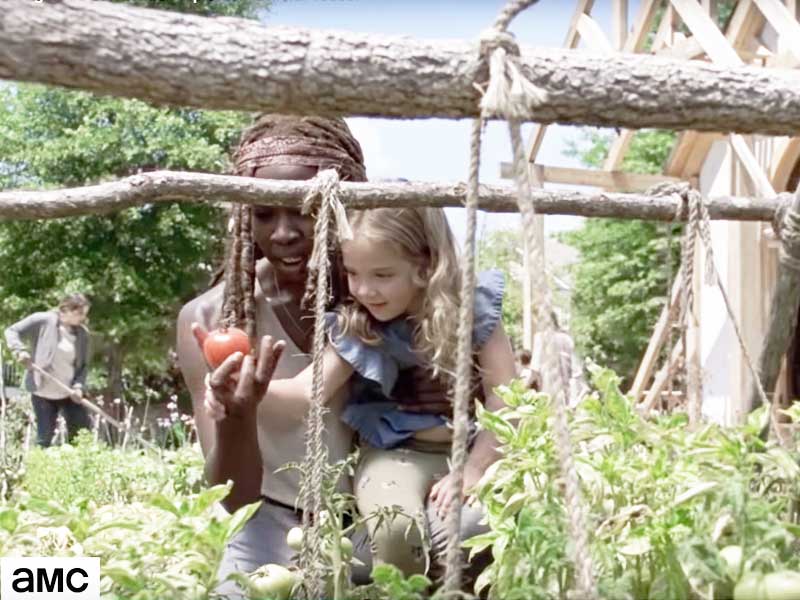 The official trailer for The Walking Dead Season 8 is finally here. Are the groups going to fall apart? Will someone finally kill Negan? Will Rick shave? Don't miss the Season 8 premier on October 7th! It's coming up fast! Watch it! 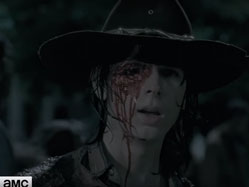 Here is the wrap up on season 6 of The Walking Dead. I'm sure everyone is still pissed but hey, why not. I wonder if the cast knows who Negan took out. Suck! Watch it! 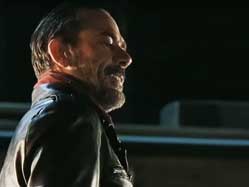 Well I'm pretty sure that The Walking Dead has pissed off every fan who's seen tonights episode. Any else tired of being left hanging? Here is what we were basically left with. Check out the video. It's not the whole scene but if AMC releases the whole one I'll be sure to post it. Watch it! 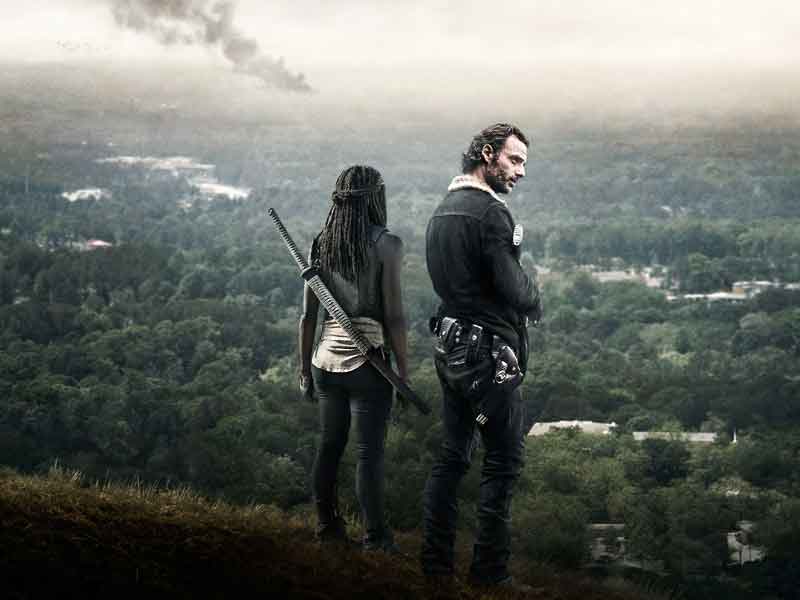 Well it's been a long winter break for The Walking Dead. It's almost time for it to come back on and it looks like the big bad wolf is coming to town. Check out the sneak peak for what's ahead! Watch it! 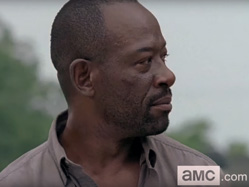 The Walking Dead sneak peak for episode 7 (season 6) is out. Are all lives still valuable? Will we see Morgan go back to killing? Watch it! 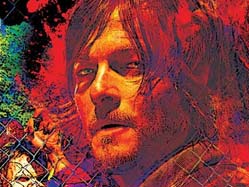 We have another great giveaway this month. If you're a Walking Dead fan you'll love this black light poster of Daryl. The picture is of the exact poster the winner will receive. It's a flicked/velvet poster printed with fluorescent blacklight reactive inks. It measures 23" x 35" and is made in the USA. Read More 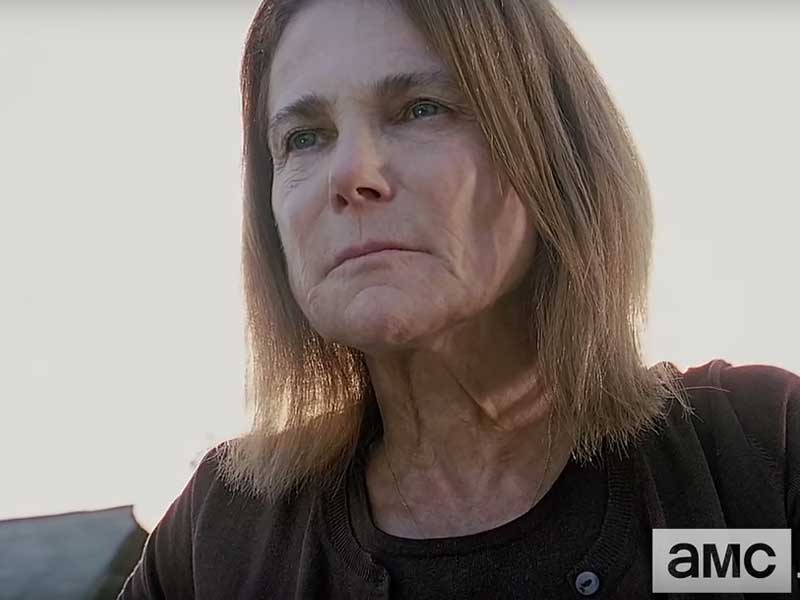 The Walking Dead video leak for episode 5 (season 6) is out. Looks like we might get to see what happened to Glenn. Or not, the writers are such teases. Watch it! 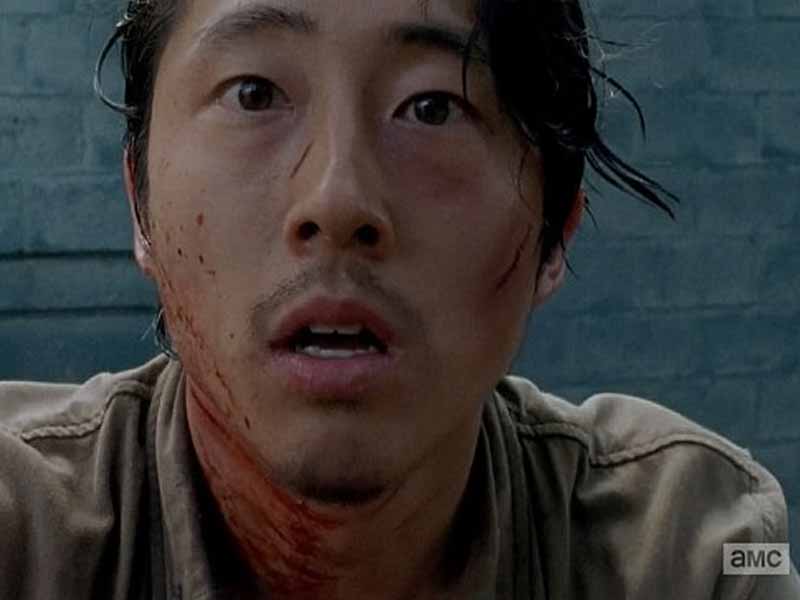 You read right, Glenn Isn't Dead! There is no way that one of the most loved characters on the show dies that way on The Walking Dead. Before you say "but they ripped his guts out!" let me explain with a few examples and it will make sense. Read More 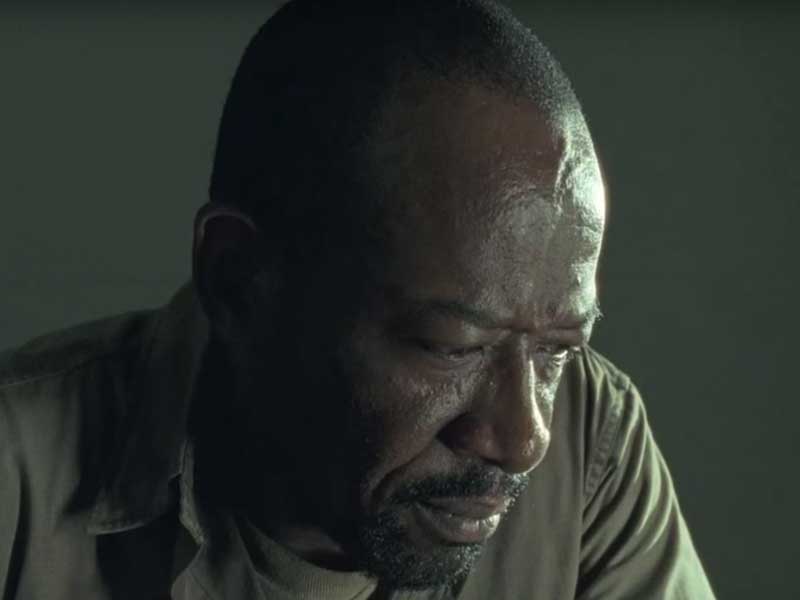 The Walking Dead video leaks for episode 4 (season 6) are out. It looks like the episode will revolve around Morgan. I hope he discovers it was a mistake to let those wolves go. After all he let them go twice and almost cost Rick his life the second time. Watch it! 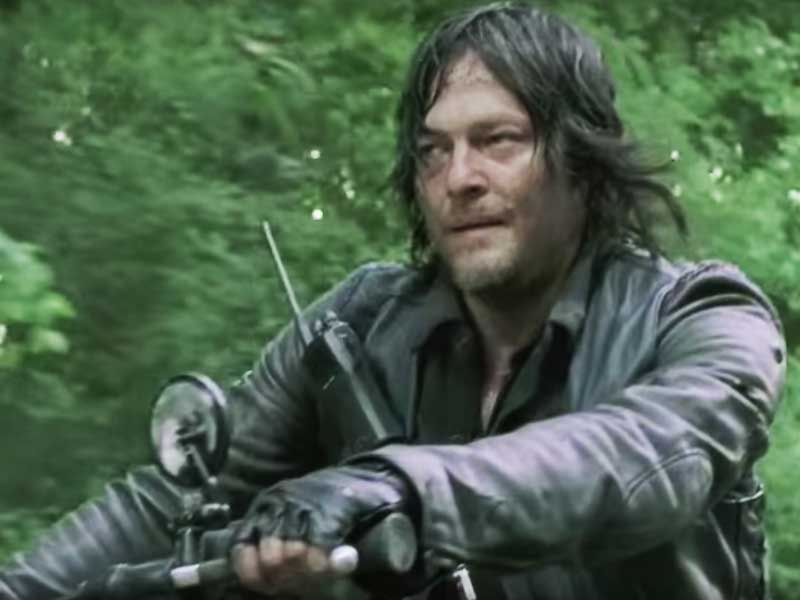 The Walking Dead video leaks for episode 3 (season 6) are out. So far there are 2 and you can watch them here. Watch it! 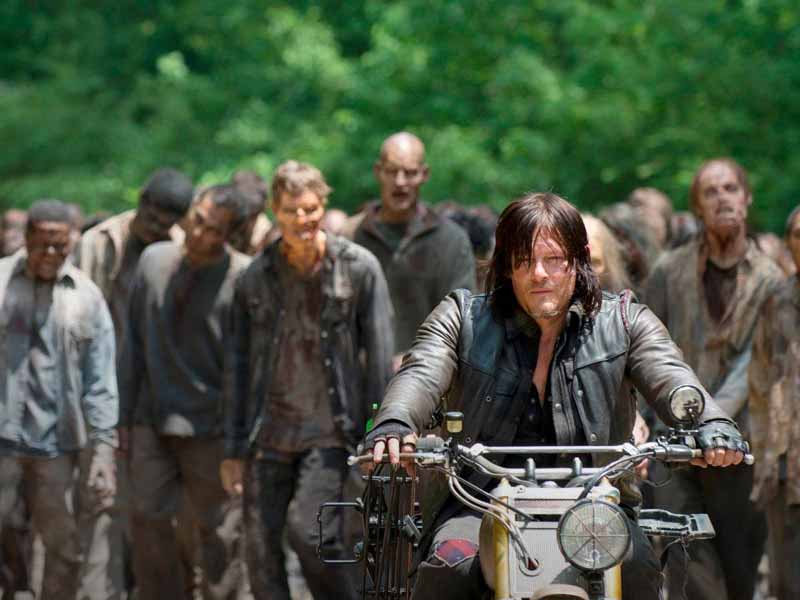 You can watch TWD (The Walking Dead) Season 6 Premier Online! Rick and the group are still trying to work with the Alexandria group and discover a very large threat to their safety. Read More 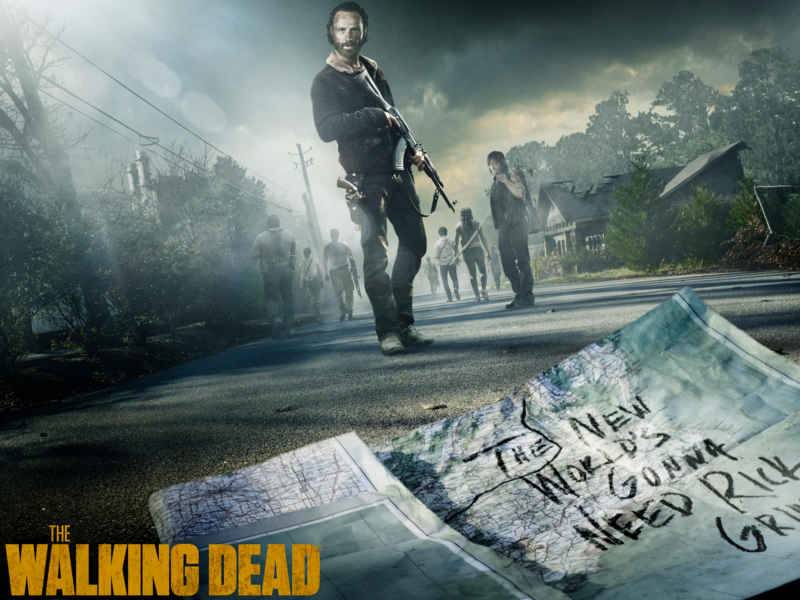 Check out anotherr inside look at TWD (The Walking Dead) Season 6. It's almost here! Watch it! 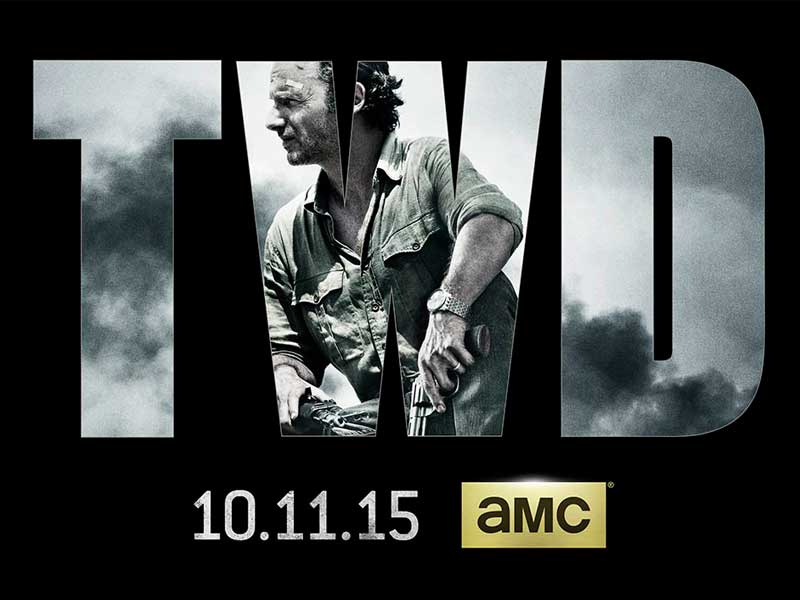 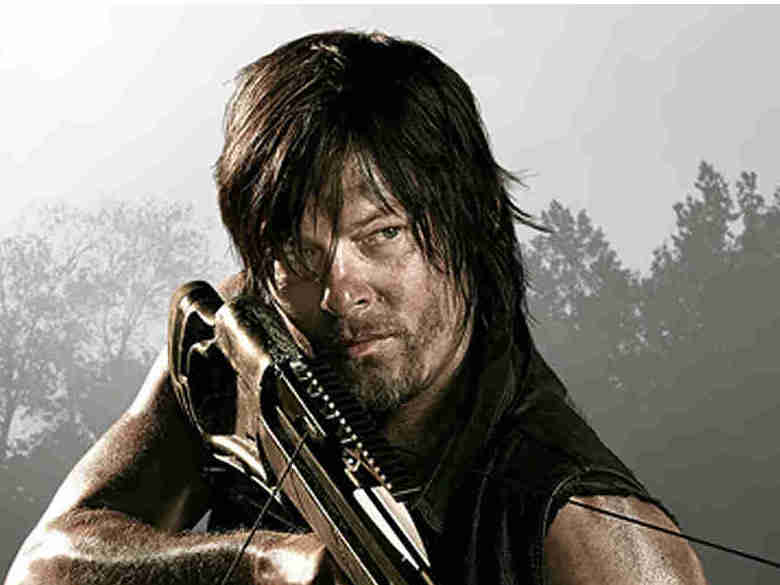 We have a giveaway this month that any Walking Dead fan is going to love. It's a poster of Daryl with his crossbow shipped to your door. The picture is of the exact poster the winner will receive and it measures 24 x 36. Read More 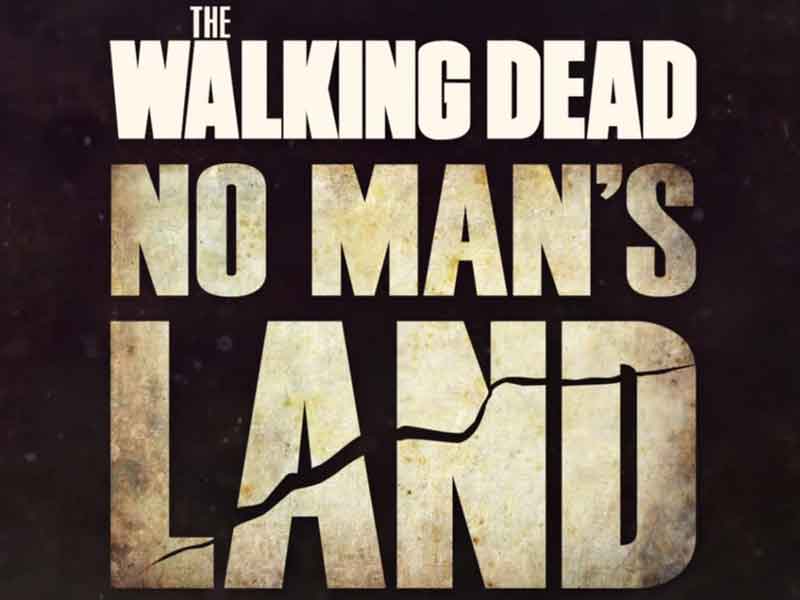 Check out the trailer for The Walking Dead - No Man's Land mobile game. I have to be honest, Daryl's voice over didn't sound that great but the graphics looked pretty good considering it's on mobile. You'll have to wait till October to grab it. Watch it! 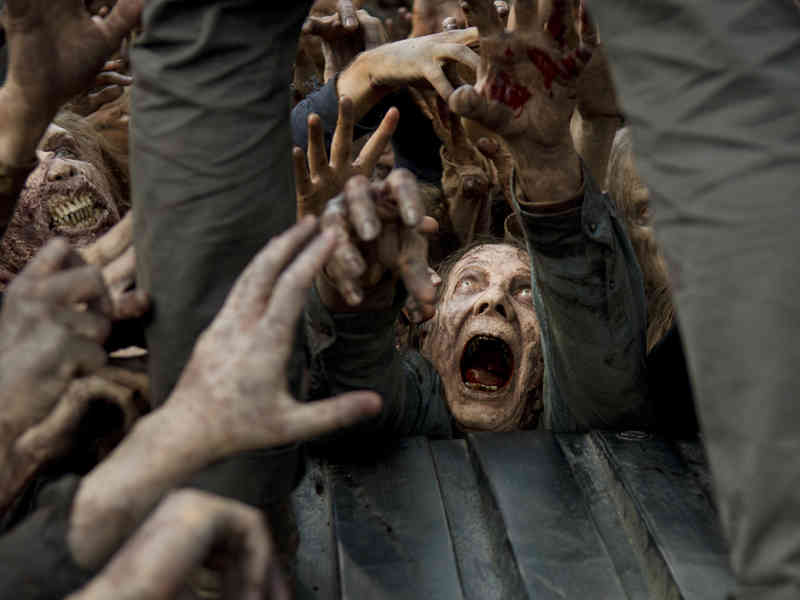 AMC released Pics for the first episode of the season for The Walking Dead. It looks like Greg Nicotero is playing a zombie yet again. But who could blame him? He and the team look like they are yet again doing an amazing job on the zombies this season. Read More 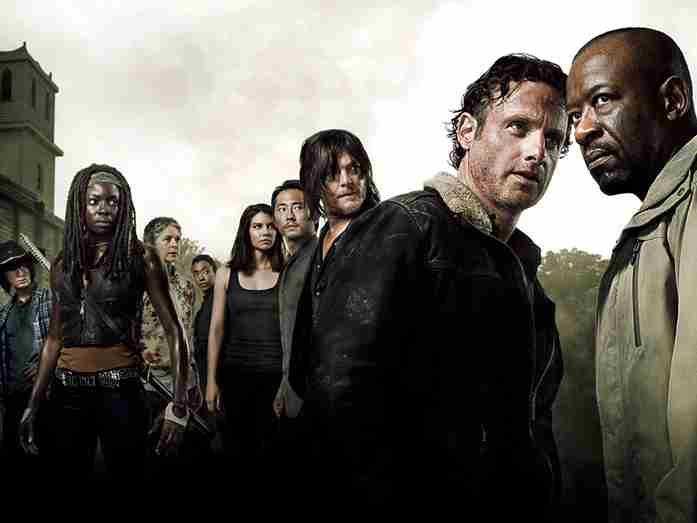 If you're looking for a good time to start watching The Walking Dead or even get caught up, the time is this Sunday! Well and for the next several Sundays until Fear The Walking Dead comes on. Read More 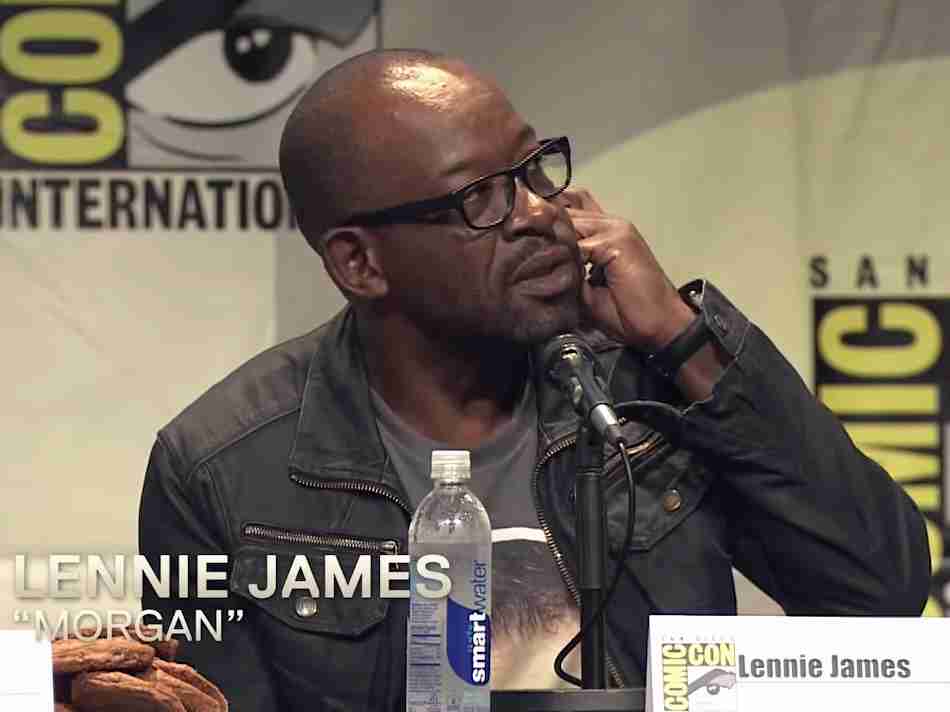 Lennie James talks about why Morgan goes looking for Rick and what his character was doing during his down time. He also hints to a fallout between Rick and Morgan at the end of the video. Watch it! 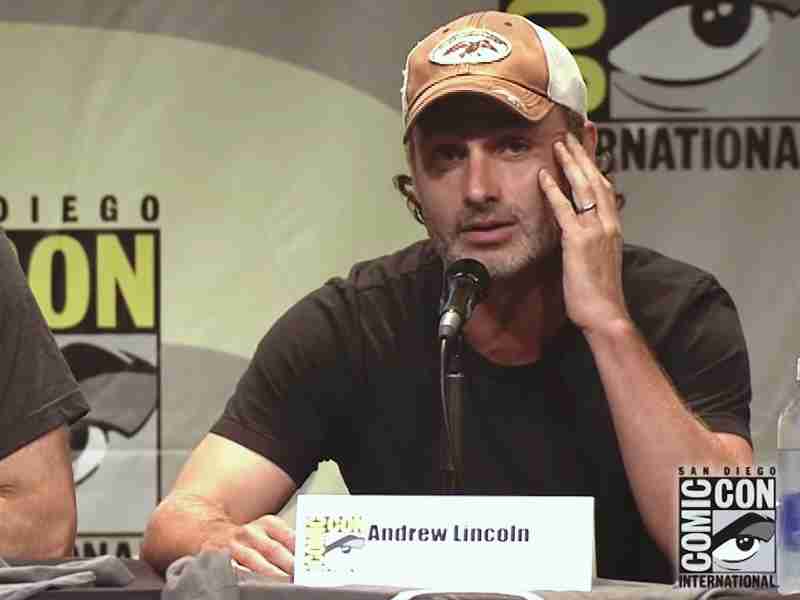 Andrew Lincoln talks about his wife not liking the beard, the shaving scene, missing his beard and getting naked infront of the rest of the cast of The Walking Dead. Watch it! 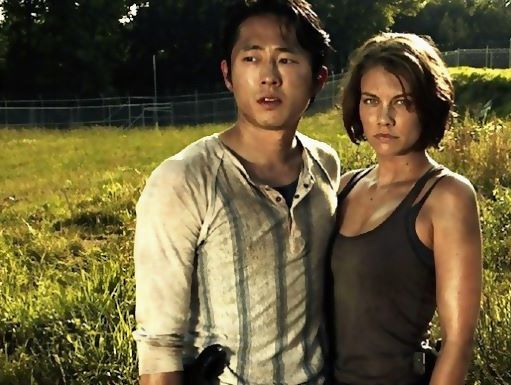 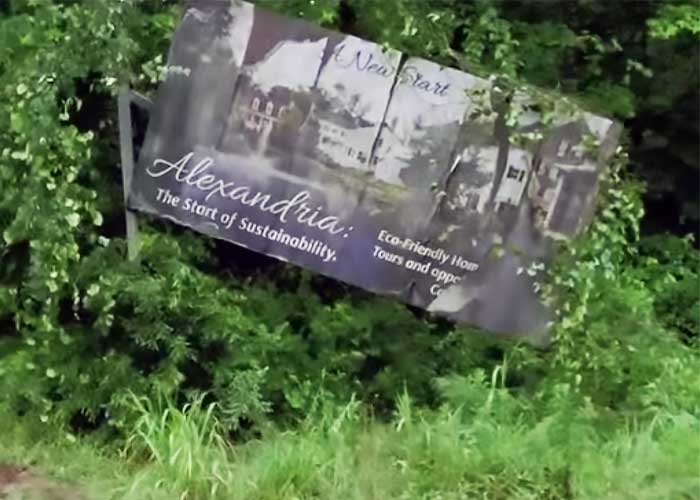 Check out the Official Walking Dead Trailer for season 6 that from Comic-Con 2015. I can't wait for Morgan (Lennie James) to finally join the group. If the trailer is any sign of how the season is going to go, it's going to be insane. Once again I beg you, please make it a 2 hour premier. Watch it! 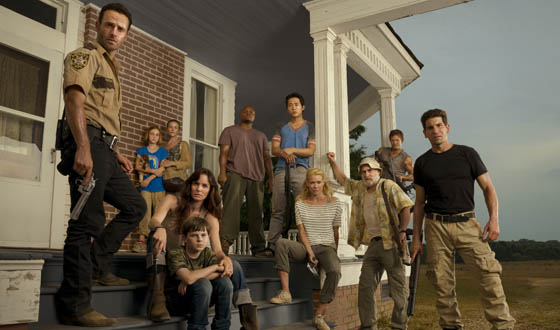 The Walking Dead is a television series developed by Frank Darabont, based on the comic book series of the same name by Robert Kirkman, Tony Moore, and Charlie Adlard. Andrew Lincoln plays the show’s lead character, sheriff’s deputy Rick Grimes, who awakens from a months-long coma to confront a new, apocalyptic world overrun by flesh-eating zombies.

Grimes reunites with his family and becomes the leader of a group he forms with some of the many other survivors whom he encounters in his quest for a safe haven. Together they are forced to survive and adapt in a world filled with the zombies (aka walkers) and certain humans who are even more dangerous than the zombies themselves. The first season takes place in the Atlanta metropolitan area, and the second through fourth seasons are set in the surrounding countryside of northern Georgia.

The Walking Dead premiered in the U.S. on October 31, 2010, on the cable television channel AMC and internationally in November 2010 on Fox International Channels. AMC has renewed the series each year because of its consistently increasing Nielsen ratings which have been unprecedentedly high for a cable series, including averaging the most 18- to 49-year-old adult viewers of any cable or broadcast television series during its fourth and fifth seasons. The series has been renewed for a sixth season, which will premiere on October 11, 2015. In addition, AMC ordered a companion series, Fear the Walking Dead, to debut in August 2015.

Executive producer David Alpert said the original comics have given them enough ideas for Rick Grimes and company over the next seven years.

"I happen to love working from source material, specifically because we have a pretty good idea of what Season 10 is gonna be... We know where seasons 11 and 12 will be... we have benchmarks and milestones for those seasons if we're lucky enough to get there."

Evacuation Routes, Checkpoints and Quarantine Zones For USA - 1A

Should You Be Worried About The Zombie Apocalypse In The USA ? - 3B

Credit: Santan Clara City Library
result(s) found for “”
The ZOMBIE TIMES!
The Walking Dead is a television series developed by Frank Darabont, based on the comic...

The Walking Dead is a television series developed by Frank Darabont, based on the comic book series of the same name by Robert Kirkman, Tony Moore, and Charlie Adlard. Andrew Lincoln plays the show's lead character, sheriff's deputy Rick Grimes, who awakens from a months-long coma to confront a new, apocalyptic world overrun by flesh-eating zombies.